↓ Skip to Main Content
Home › Publications › Articles › The economics and management of technology trade: towards a pro-licensing era?

The economics and management of technology trade: towards a pro-licensing era?

This paper summarises a sequence of studies of technology trade and strategies for acquisition and exploitation of technology in large corporations in Sweden, the USA and Japan during the 1980s and 1990s. Licensing in and out, and technology trade more generally, have old origins but have played only a marginal role in most companies across industries as a co-evolving complement rather than substitute for internal R&D and product sales. However, external acquisition of technology through acquisitions, joint ventures, technology purchasing and intelligence was found to have increased substantially in recent decades across sectors in large Japanese, Swedish and US corporations. With the advent of the pro-patent era in the 1980s and the concomitant surge in patenting and IP activities more generally, a pro-licensing era could be hypothesised to follow. Various empirical studies and observations have also recognised the growing importance of technology markets in general and the growth and changing nature of licensing. 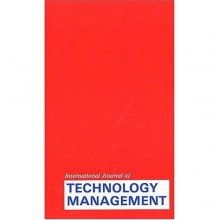