Economics of Technology – An Introduction and Overview of a Developing Field

The basic motive behind the study of economics of technology in general and behind this book specifically is outlined. It is argued that technology has historically penetrated the economy far more than it has penetrated economics for various reasons. However, the chapter demonstrates that economics of technology has established itself recently as a true field of scientific inquiry with all its tangible and intangible paraphernalia. The history of economic thought on technology is briefly described in general while the neglected pioneering contributions of C. Babbage are described in more detail. Schwnpeter is the leading figure, however, as is generally recognized. The chapter also presents a literature survey and a citation analysis of the developments in economics of technology since the 19705. Finally, the chapter outlines the contents of the book.

Published as Chapter 1 in Economics of Technology 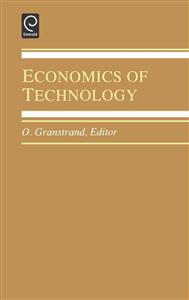